FATHER  Guizot, Pontifical Council secretary on a visit to the country, says fear comes from “lack of shared knowledge and mutual understanding”. The priest shows “appreciation” for experience “from which I experienced and receive much more than expected”.

Universities in meetings with representatives of the main religions.

Jakarta (AsiaNews) – Fear is the worst enemy of interreligious dialogue and is derived “from a lack of knowledge and mutual understanding” between the various religious groups. This is why is time “to stop using terms like majority and minority, as Pope Francis has invited us: as human beings, we are all brothers”. This was the message entrusted to AsiaNews by Fr. Miguel Angel Ayuso Guizot, secretary of the Pontifical Council for Interreligious Dialogue who is on a semi-official visit to Indonesia.

The deputy head of the Vatican department has met with prominent figures in Indonesia, both Christian and non, expressing “appreciation” for an experience “from which I received more than I expected”. This is the first visit – long advocated by the local Bishops’ Conference (KWI) – Fr. Guizot’s visit comes years after the official visit of Cardinal Jean-Louis Tauran, in which the prelate noted that interfaith dialogue “is not an option, but a necessity.”

In the context of the visit, the cardinal was able to experience that the majority of citizens have a “moderate” vision of Islam; and there are reports of frequent and deep friendship between Catholic leaders and heads of the two main Muslim organizations, Nahdlatul Ulama (NU) and the Muhammadiyah.

Fr. Guizot was accompanied by Fr. Markus Solo, a native Indonesian from the island of Flores and personal secretary to Card. Tauran. Contacted by AsiaNews after the meeting at the Catholic Atma Jaya University in Jakarta, the priest emphasized the great hospitality shown by the people, especially non-Christians. An impression confirmed after a meeting with senior Muslim leaders, including Syarif Hidayatullah of the Islamic University in Jakarta and the Indonesian Ulema Council (MUI).

Appreciation for the visit of Fr. Guizot and Fr. Solo was also expressed by Msgr. Johannes Pujasumarta, Archbishop of Semarang and secretary general of the KWI, according to whom ” the reality of dialogue on the ground is very often totally different from what has appeared in the media and this kind of situation can only be understood by first hand experiences”.

An opinion shared by Fr. Solo, for whom the main aim is to share “visions and experiences” especially in the field of dialogue and peaceful coexistence “in various parts of the world and particularly in Indonesia”.

The reactions of participants at the University seminars were very positive particularly from non-Christians. Susy Sanie, a Muslim professor, points out in her thirty years of experience she has always been able to wear the hijab without being a victim of marginalization. And she says she feels “at home” while inside the Catholic university.

Carya, a Buddhist monk, confirms the “warm welcome” received; he was echoed by Prof. Bahren Umar Siregar, also a Muslim, who states that “in this university inhabited mostly by Catholics, I’m happy to be present as a Muslim and grateful for the welcome that I get”.

Indonesia is the world’s most populous Muslim (Sunni) nation (86 per cent Muslim). Although it upholds constitutional principles of basic personal freedoms (including religious freedom), it has increasingly become the scene of violence and abuse against minorities. Christians represent 5.7 per cent of the population with Catholics just over 3 per cent. Hindus are 1.8 per cent; and 3.4 per cent profess other religions.

The constitution guarantees freedom of religion, but Christians have suffered from acts of violence and abuse, especially where extremist versions of Islam, like in Aceh, are entrenched. Despite everything, Catholics are an active component of society. Over the years, they have contributed to the nation’s development and played a major role in emergency operations, as was the case during the devastating floods of January 2013. 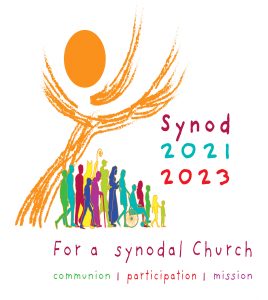